skip to main | skip to sidebar

When you are used to something, it doesn't precisely stop hurting, but the pain is less of a surprise. I was talking to a friend who suffers from migraines, and she was explaining her symptoms to me. She told me that the worst part of migraines was dreading the next attack.

As soon as one is over, you cannot stop wondering when you will be in pain again.
At the moment, I feel that I am coping with events. My mother's cancer has been removed, she is undergoing radiotherapy. My father's chronic illness and perpetual hospital hopping. My own mood swings. Ok, so I still spend too much money, I still fuck up, I still feel that it's so OVERWHELMING. But most of the time, I'm used to it.

Lately though, I feel like spring. I feel like an excited, crazy person. The sadness feels like a burden, like an annoyance. I want to run away and board a ship, I want to run another marathon until all the voices shut up, I want to hug a stranger, I want to write a song, I want my sister back, I want to wear braids and floaty white dresses, and I want to be free.
Publié par Sa à 01:47 Aucun commentaire:

What I have been doing 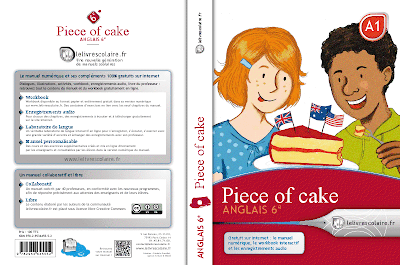 Hi there! Wondering why I have been so quiet, apart from the major health problems in my family?

I've been co-directing this book!

This is an English book for 6th graders. It will be on the internet as well. The company I'm working for is a startup, so there was a huge amount of pressure on me to get this thing right. If this project goes down, it could mean jeopardizing the company.

It's going to the printer's on Monday. I hope it's good. And not only because I'm being paid by the sale.

I have a lot of anecdotes about my job, but I promised to myself I would wait until this was over so I would not be breaching any confidentiality agreement.

I need to finish up all the edits and write a 100 page project summary this weekend, as well as finishing my two finals for school, and then I will be done for the year, pretty much.
Publié par Sa à 10:51 1 commentaire:

Yesterday I ran my first marathon. It was in Marseille, a really pretty Mediterranean city.

It took five hours, about 5 liters of water, 3 oranges and 2 bananas on the way, a lot of cheering from nice Southern people, and a crippling fear of disappointing myself even bigger than the fear of actually crippling myself for life. I did think about it. Will I be a cripple for life? And then I thought that this could not happen to me. Or maybe it has. I can't walk at all. I have the strangest gait.

-Buy magic anti-rubbing creme! The ad said "great to prevent bleeding nipples" and you have to admit no one wants bleeding nipples. Except if they were weird desserts from France, where we can enjoy the "Nigger in his Shirt" and other non-PC delicacies. Even so, bleeding nipples!

-Become friends with innocent bystanders. I jumped on the mild-mannered person having breakfast next to me, and he squired me to the marathon start, helped me during the race and was ADORABLE.

-Eat like an ox the week before. Fun and useful!

I feel terrible and a bit silly, I HOPE I WILL SOON BE PROUD AND BOAST OF A FIVE-HOUR MARATHON.

My mother is the first French person in my family. She was born in France, studied in France, works in France. She pays money each month for retirement funds and social security and public policies.

My father is British.

My sister and I have "double nationality", but I think she as well as I would admit that we don't feel British at all, in the usual meaning of the word. We must have spent less than a month there if you add up our short visits. We never talk to our British relatives. Although I believe J would gladly live in America for the rest of her life, she is French.

But not entirely. We speak English at home, albeit with a French accent in my case. We don't follow French traditions to the letter. My grandmother, who was half-American, half-Spanish, used to tell me she felt "European". My grandfather was half-Egyptian, half-Belgian, and died in London. Tricky thing, identity.

In France we are approaching our presidential elections, and never have battles about Islam and society, Immigration and jobs raged more violently. I know that I have preferential treatment compared with other second generation French people. I look European. My French is good. That helps to "integrate".

I am dreading the heightened racism, the insults, the dirty politics that await us here in France. Maybe because my father is an immigrant, and my mother the daughter of immigrants.
Publié par Sa à 23:32 1 commentaire:

PLans are being made here. My sister, after kicking ass at her senior year concert, is about to graduate and I'll be spending a weekend in America in the vicinity of Boston! Yes! Tired! Already! The book I'm editing and directing and co-writing will be done by then, I'll have done my finals, and in 4 months I'll be a researching and teaching professor.

I'm almost not a student anymore.

Other fun plans: buying an apartment...travelling to Mexico with my boyfriend...getting my sister back for at least two years before she shoves off to grad school...It's going to be nice.
Publié par Sa à 07:35 1 commentaire:

My mother can't carry things. She can't cut, slice or dice; she can't do anything that could get her arm infected, since her operation removed lymph nodes as well as her breast. So now that she's organizing major remodelling in our Paris apartment, I've pitched in a little. We have a second floor which is half a very beautiful room, which used to be mine but will soon be my sister's since I'm moving to Lyon soon, and a large workshop where an artist friend of my mother's used to work. Now this space will be converted into a guest bathroom, bedroom, living room and the terrace will be refurbished as well. It's exciting to say the least, and I know my mother gets a lot of comfort out of the idea she is turning a new leaf after her parents' death.

Now a lot of this workshop was used to store shit. There is no other words. Piles, and piles, and piles of books we don't read or haven't reread in years (I'm talking in the hundreds here), dusty carpets and my father's stuff from the year my parents moved into this apartment together, in 1988. Yes, he hasn't opened these boxes in more than 20 years. Since he is still in the hospital, my mother and I decided to go through it so the workers could do the work next week.

My father is "an old father", being fifteen years older than my mother, and I haven't known him for most of his life. I'm always surprised when I see pictures of the young, handsome English chap and compare them mentally to the broken-down invalid I visit twice a week. I know they are the same person. It just doesn't feel that way.

Seeing all the boxes on the floor, all his life, now restricted to a hospital room, made me very sad. And when my mother started reading his private correspondance and getting angry at what she was finding, I was very depressed as well.

I don't like thinking about my things being opened after I'm gone, whether to the hospital or dead. I'm thinking about entrusting my web codes to a good friend so she can erase every account, every mail, every blog post. I never want my parents, family or friends to discover the random annoyance I may have felt at some point, the rants, the anger, the pissiness. People get on our nerves without negating the love we have for them.

Sometimes I'm at my boyfriend's apartment, and he's left his computer on. I could log on to Firefox and read his gmail account. Does he write about me sometimes? Does he complain? I read my ex's diary when I was convinced he was cheating on me and I regret this deeply. Not only did I violate his privacy, nothing I learned in there help me process the breakup or even his new relationship. All I read was bitterness, which is not illogical since the fellow was falling out of love with me and having to bear my unhappiness through cohabitation. 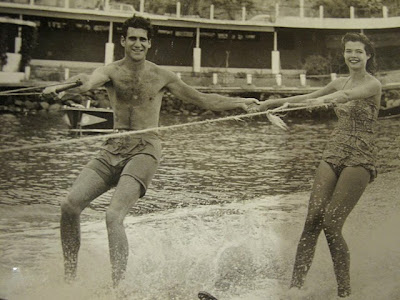 I love this picture of my grandparents during their honeymoon. They look so young, carefree and beautiful.

Now that they are dead the family is trying to find a new way, to regroup, to celebrate christmas differently, to be happy.

Sa
I'm a French twenty-something who is trying to come to terms with herself. Expect bizarre posts on variable topics.